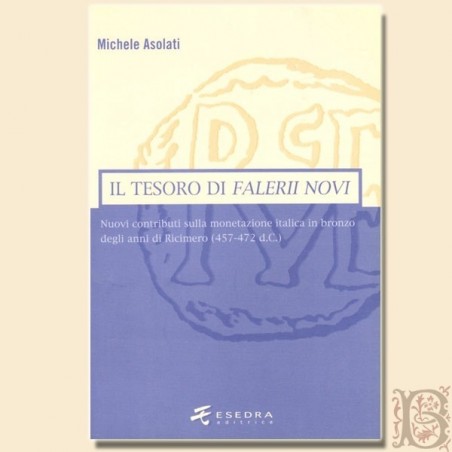 Asolati, The treasure of Falerii Novi

The imperial Roman coinage of the 5th century AD. C. still presents many aspects that have been poorly investigated, especially regarding the small coin in copper alloy. This volume contains the study of a treasure of late antique bronze coins found at the end of the 19th century in the area of Falerii Novi (now Falleri, Viterbo). "Rediscovered" after a century of oblivion, the treasure, which consists of just over 1780 specimens, offers new and important contributions to the knowledge previously possessed on the evolution of Italic bronze coinage of the second half of the fifth century AD. C., proving to be a historical-archaeological document of absolute importance. Particularly interesting are the ideas offered on the volumes and production rhythms of the official Western mints in this period, on the evolution of the weight of the nummus (the main bronze nominal of this era), as, on the other hand, on the identification of the zones. production of the numerous imitations that characterized this historical period. Finally, no less significant are the contributions that also contribute to defining certain aspects of the personality of one of the characters that most characterized the Italic political scene of this phase: Ricimer.