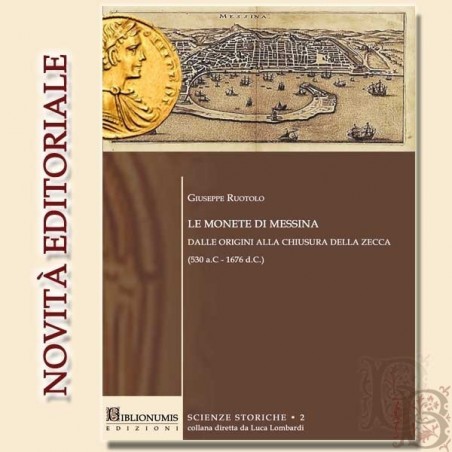 The author - former president of the Italian Academy of Numismatic Studies for almost three decades, now president of the Mediterranean Society of Numismatic Metrology - synthetically and with scientific rigor analyzes the coins issued in Messina from ancient times to the closure of the Sicilian mint. Taking into account the most recent studies, the monograph opens with historical notes relating to the city, the intense activity of its mint is then presented, which lasted over 22 centuries, starting from the classical era, to then reach Arab, Norman and Swabian domination. , Angevin, Aragonese and Emperor Charles V. The rich iconographic apparatus and the notes accompanying the text are of extreme interest. The work, which constitutes the second volume of the Historical Sciences Series directed by Luca Lombardi, was printed in a limited number of copies and on ivory paper. As proof of the exceptional nature of this publishing event, the publication is made under the aegis of the Mediterranean Society of Numismatic Metrology.