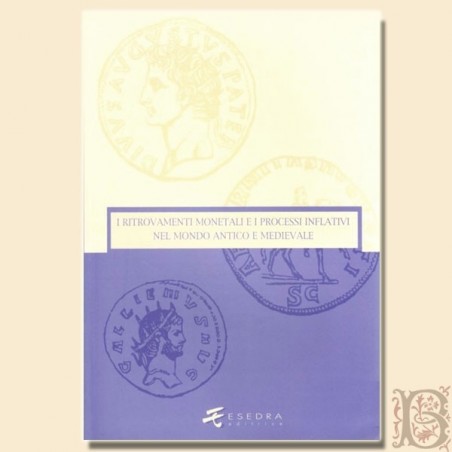 Monetary finds and inflation processes in the ancient and medieval world

The phenomenon of inflation, both as an increase in prices and as a debasement of money, is one of the most studied and debated in the studies of numismatics and ancient and medieval monetary history due to the undoubted repercussions on the contemporary world, which has always tried to limit it. the effects and to keep it under strict control. In fact, the real impact of the inflationary aspects on the economy of a historical period is very delicate and complex to study and understand, especially if we keep in mind the ancient and medieval monetary economies, which are sometimes quite precarious. This volume collects the contributions proposed during the IV International Congress of Numismatics and Monetary History (Padua, 12-13 October 2007) on the theme of the relationship between inflation and its effects on monetary finds. In particular, some aspects of the Greek and Roman world and the Italian medieval one are focused with a series of interventions by Italian and foreign scholars, who have faced this complex problematic analysis by proposing new solutions to old problems or advancing new research perspectives in the light of the documentation. that the continuous discoveries of coins, both isolated and in closets, bring to our attention for a critical and multidisciplinary approach.