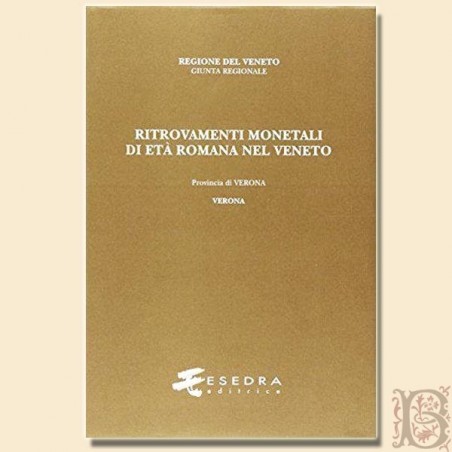 Monetary finds from the Roman period in Veneto, Verona

At the top of the title page: Regione del Veneto. Regional Council.

This volume is completely dedicated to the description of the coins found over the decades in the city of Verona, including the localities annexed to the old city nucleus during the Fascist period. It represents the first detailed survey conducted for an area of particular interest, that of a large city in northern Italy, worthy of competing with Mediolanum and Aquileia. Furthermore, it is a work that concludes the series dedicated to the province of Verona, waiting for a final volume, relating to the closet in Albaredo d'Adige, to complete the picture of this western area of the region. It also marks a further stage in the scientific journey carried out by the other volumes dedicated to the coins found in the various provinces of Veneto, which is nearing its conclusion.