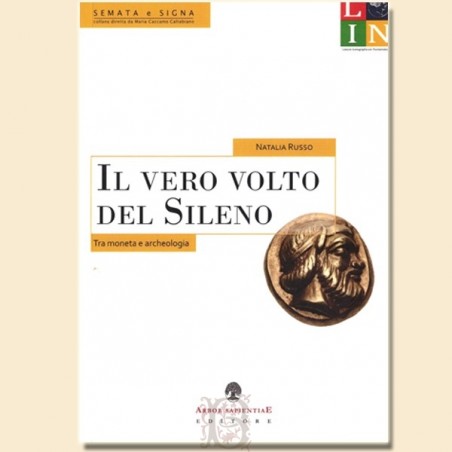 Natalia Russo, The true face of the Silenus. Between money and archeology

The Silenus is a mythical character with a hybrid aspect of which some literary and iconographic sources have often encouraged the reading of a role of secondary importance: a leading member of the Dionysian cortege would have been subordinate to Dionysus. The redemption and enhancement of this character as an autonomous subject, on the other hand, pass from the monetary document which makes up for the many gaps in the literary sources and provides numerous cognitive data. In some specific areas of the ancient Mediterranean, governed by monarchical or tyrannical governments, the coinage testifies to a role of the Silenus of absolute prestige, comparable to that typical of the divinity. Its figure, partial or whole, often appears in the law of money, on nominals with high purchasing power. His head, also depicted frontally, is adorned as Dionysus with the ivy crown but is also surrounded by the diadem, the symbol par excellence of royal power. The Silenus also appears diversified by age and within the same mint his appearance changes as if it were a real character clothed with authority and prestige. Protagonist of the rat but also of the courtship of the Nymph, he pours the wine or offers the cup. In Rome, his figure is converted into the Satyr Marsyas as a libertarian symbol. The author examines the monetary iconographies of Silenus in their space-time distribution, often comparing them with images found on other types of archaeological support. The research outlines a new vision of the character, autonomous from Dionysus and with a very different role from the subordinate and unregulated one that Athens seems to have assigned to him in vascular iconography.